Our 7th graders went on a sailing trip last week and they wrote about their experiences.
We are sharing two of their harrowing stories here:

Written by: Sheridan Lee and Maya Harris (Featuring Mason)
The morning for this boat was fine but the afternoon brought perilous adventure. First of all Sheridan and Maya sailed out of the docks faster than the motor boat and went straight to do their figure-eight exercises. When they were at the far end of the eight, Maya trimmed in the sail to go faster and realized they were going too fast, so she let it go in order to slow down and they started tipping the boat.
As they capsized Sheridan realized that her leg was caught on the lines. Maya lost her flip flops and Sheridan had to pull the boast with her to rescue them while Maya flipped the boat. The wind attacked them again right afterward, before Sheridan had even gotten untangled. Mason had to come rescue them and did so successfully but they had to be rescued by the motor boat anyways because their boom and tiller broke. In the end, they made it back alive. 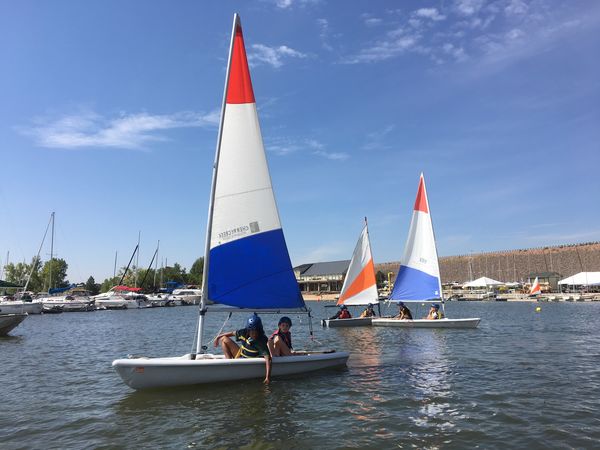 Written by Ella Albrighton and Melody Buchanan
Melody and Ella’s experience with the morning ride was relaxing. The wind was nice so they didn’t pick up too much speed and the going was easy. Melody, who was steering at the time, got a little too excited with turns at speed and Ella claims that she almost made them capsize a few times.
The afternoon, however, was a different story. The wind picked up and Ella and Melody speeded away from the docks. When they got to their first turn they were blown off course. They tried desperately to turn away from a dock that they were going to hit but they couldn’t. They had to be rescued by the instructors, who were driving a motor boat, and taught how to turn properly.
This didn’t help them though, for they were instantly lost in the winds again. The boat rocked violently back and forth and they were desperately trying to stay in it. Soon enough they were rescued again and brought to safety. 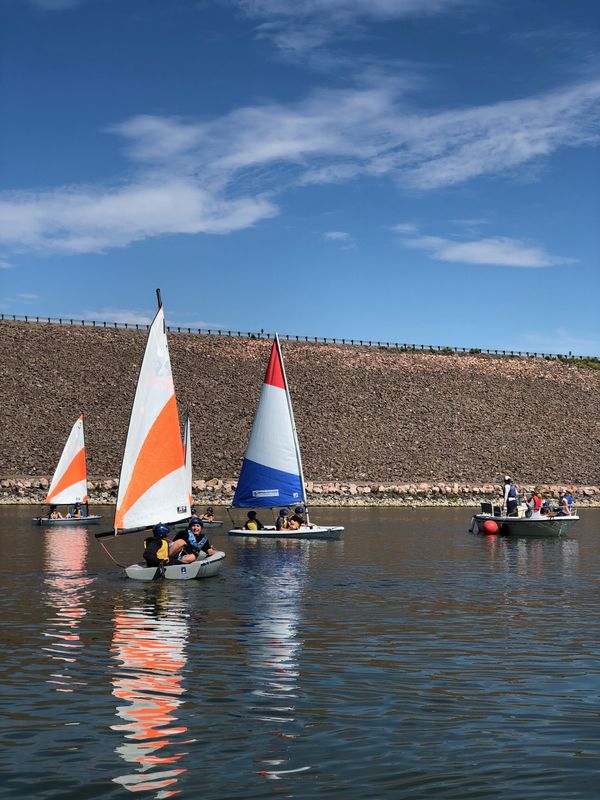 Posted in: Blog
« Be an Advocate for Charter Schools in Colorado
Mountain Phoenix Spring Apparel »